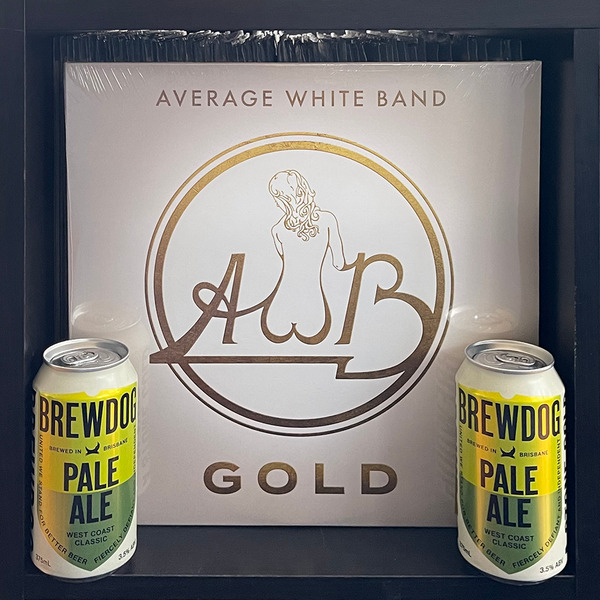 One of the greatest beers from Scotland together with the greatest funk & soul band to come out of Scotland, both of which have taken the world by storm. The double LP Gold contains all of their greatest hits they released in the 70s, including Pick up the Pieces, Cut the Cake, Atlantic Avenue, School Boy Crush, and so many more. These tasty tunes are still widely popular to this day, having been sampled by a variety of artists such as Snoop Dogg, Fatboy Slim, Ice Cube, Puff Daddy, TLC, Rick Ross, will.i.am, and Mark Ronson to name just a few. We've paired this double LP on 180g Gold Vinyl with Scotland's greatest craft brewery's Pale Ale, who have just opened up a brewhouse in Brisbane so you know it's brewed fresh. Get "Gold" and a four pack of BrewDog's Pale Ale for $69 or two four packs for $81!

Amy Winehouse - Back To Black (LP)