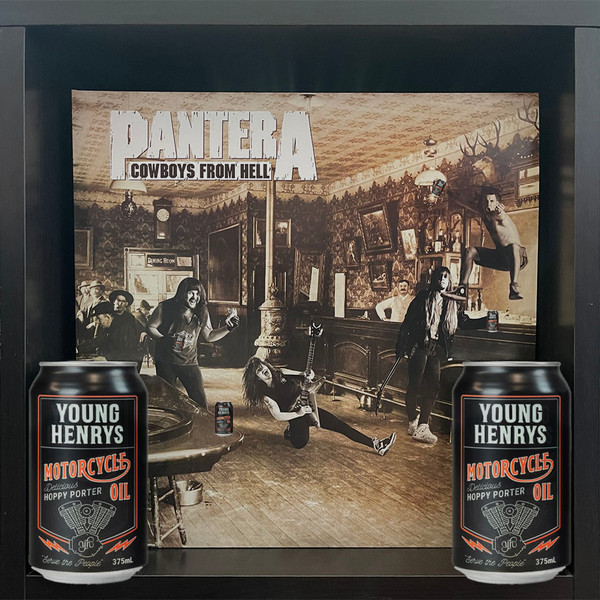 This pairing combines one of the most influential metal albums of the 1990s - Cowboys from Hell on limited edition marbled white & whiskey brown vinyl. This platinum certifed album contains the classics Cowboys from Hell, Psycho Holiday and Cemetery Gates and we think is best enjoed with Young Henrys Motorcycle Oil - an ejoyable hoppy dark beer that isn't too heavy. Get the LP and a four pack for $62 or two four packs for $74!

“A smooth, hoppy black beer.” Young Henrys Motorcycle Oil is a smooth, hoppy, black beer with mild bitterness, roughly based on a hopped-up American porter. Originally brewed as a small batch in 2017 it’s back in black by popular demand, bigger and bolder as this year’s YH Winter release. Best Served Loud.

The Meters Fire on the Bayou (2LP) & Fireball