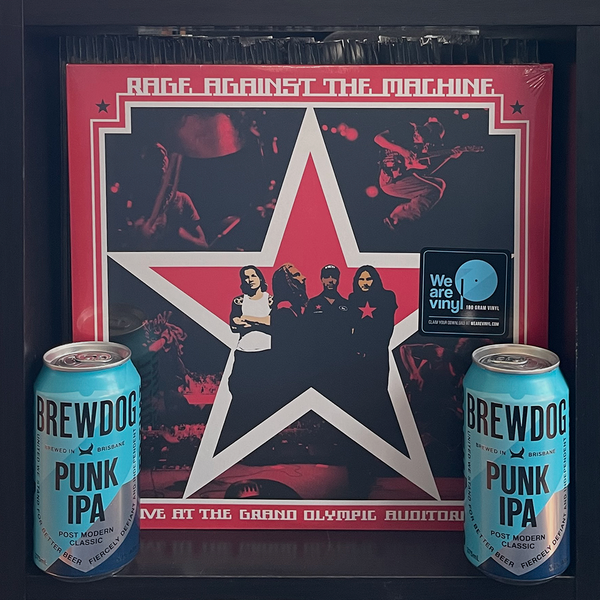 "Fiercely Defiant" is the slogan of one Europe's most popular craft beers but is equally apt to Rage Against the Machine, the band that shone a light on the corruption and hypocrisy of the governments and evil corporations of the world, as well as the racism and inequality that so many still face. There is no better way to enjoy the fierce intensity of Rage Against the Machine other than live, and we think there is no better match to their Live at the Grand Olympic Auditorium LP, recorded in L.A. in 2000, than BrewDog's revolutionary Punk IPA. Get the double LP on 180g vinyl, and a four pack for $66 or two four packs for $80!