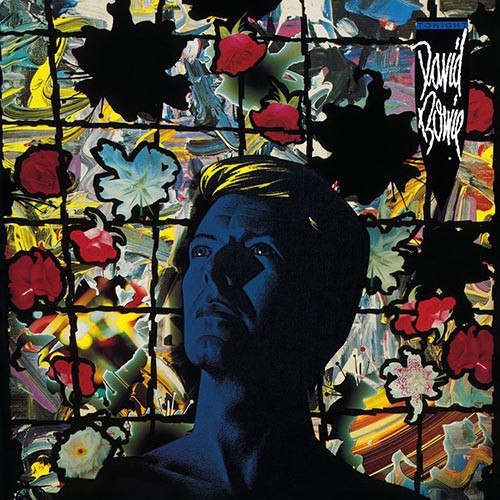 Tonight is the sixteenth studio album by English musician David Bowie, first released on 29 September 1984 by EMI America Records. It followed his most commercially successful album Let's Dance. He described the album, released immediately after his previous album's tour wrapped up, as an effort to "keep my hand in, so to speak," and to retain the new audience that he had recently acquired 2018 Version

"Tonight is the 16th studio album by English singer-songwriter David Bowie, released on 24 September 1984 by EMI America Records. The follow-up to his most commercially successful album Let's Dance (1983), it was written and recorded in mid-1984 at Le Studio in Morin-Heights, Canada, following the conclusion of the Serious Moonlight Tour. The music on Tonight has been characterised as pop, blue-eyed soul, dance and rock. Much of the album's sound is the same as its predecessor's, due to Bowie's effort to retain the new audience that he had recently attracted, although some tracks are influenced by R&B and reggae music. Bowie, Derek Bramble, and Hugh Padgham produced the album. Much of Bowie's creative process was the same as he used on Let's Dance. Many of the same personnel from Let's Dance and the Serious Moonlight tour returned for the Tonight sessions, with a few additions. Like its predecessor, Bowie played no instruments on Tonight, instead offering little creative input to the musicians during the sessions. Devoid of new ideas from touring, Bowie wrote only two new songs himself. Three songs, including the title track, were covers of Iggy Pop songs, who was present during most of the sessions and co-wrote multiple tracks. The title track is a duet with singer Tina Turner. The artwork, featuring Bowie blue-painted against an oil painting backdrop, was designed by Mike Haggerty. Supported by the singles "Blue Jean", the title track and "Loving the Alien", Tonight was a commercial success, reaching number one on the UK Albums Chart. However, it received mostly poor reviews from music critics, with most noting its lack of creativity. Following the critical dismissal of his next studio album Never Let Me Down (1987), Bowie would later express dissatisfaction with this period, calling Tonight not one of his stronger efforts. Bowie did not tour to support the album and only performed "Loving the Alien" and "Blue Jean" on subsequent tours. Bowie's biographers and reviewers generally regard Tonight as one of his weakest releases. The album was remastered in 2018 as part of the box set Loving the Alien (1983–1988)." - Wikipedia

Something For Kate - The Modern Medieval (LP)

Paul Kelly - Selections from The A to Z Recordings (2LP)