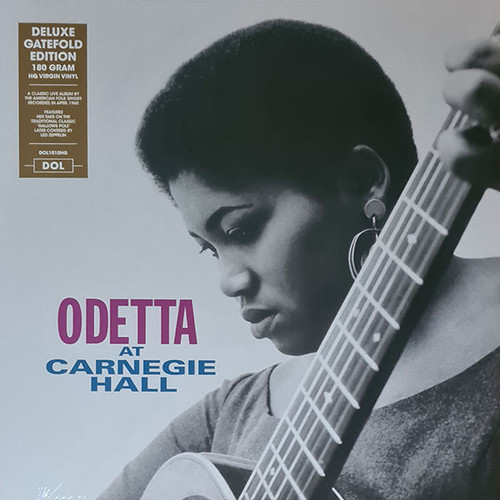 "Odetta at Carnegie Hall is a live album by American folk singer Odetta, recorded on April 8, 1960 and released later that year. It is now out of print. At Carnegie Hall is also available along with At Town Hall from 1963, on Vanguard's double-LP The Essential Odetta, but the CD version of that release omits two songs from the At Carnegie Hall LP and eight songs from the At Town Hall LP. It was also re-released on CD along with Ballad for Americans and Other American Ballads on the Italian label Universe. It is difficult to locate as an import" - Wikipedia