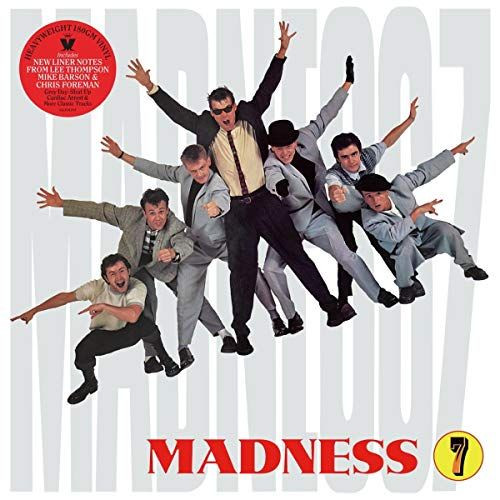 "7 (also known as Madness 7) is the third album from the British ska/pop band Madness. Released in October 1981, it reached No. 5 in the UK album chart. All but one track was recorded at Compass Point Studios in Nassau, Bahamas in the summer of 1981, the exception being "Grey Day" which was recorded in London earlier in the year. Although in 2011 co-producer Alan Winstanley stated in the Guided Tour of Madness boxed-set that much of the album was re-recorded in London when they returned from Nassau." - Wikipedia